The building design plays with the nearby surroundings and attempts to capture them through the three viewing windows facing the respective mountain groups. The cantilevered volumes of the three viewing windows – which have the formal design of typical saddleback roofs – feature curvilinear ramifications allowing them to “melt” into a complex but compact structure in the interior. There, they form so-called “pockets” – small, parlor-like niches which partition the restaurant area and thus create an intimate atmosphere. The exterior evokes the appearance of a fallen tree with numerous branches emerging continuously from the slope. 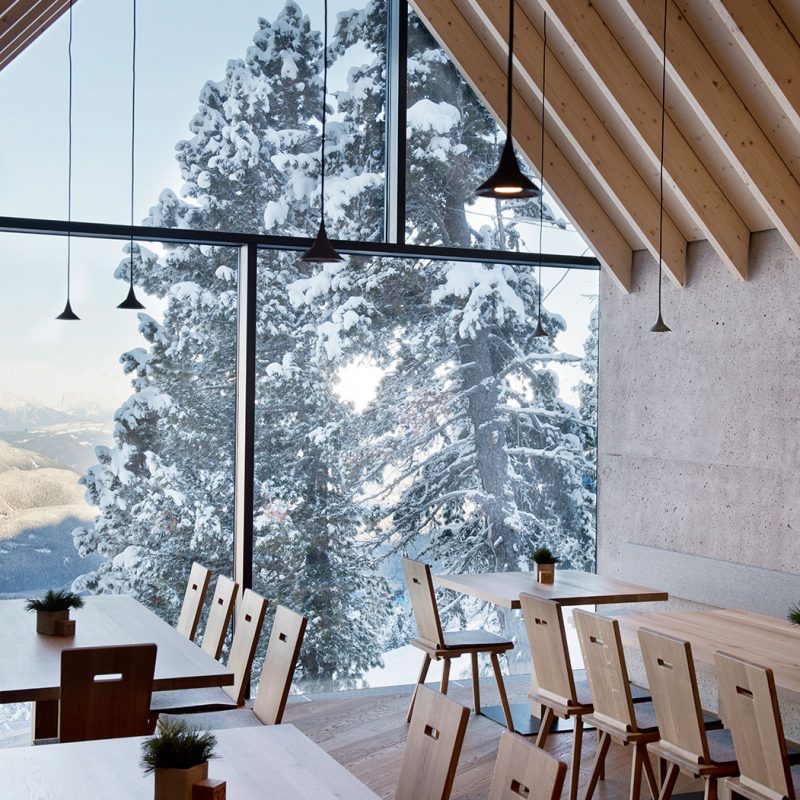 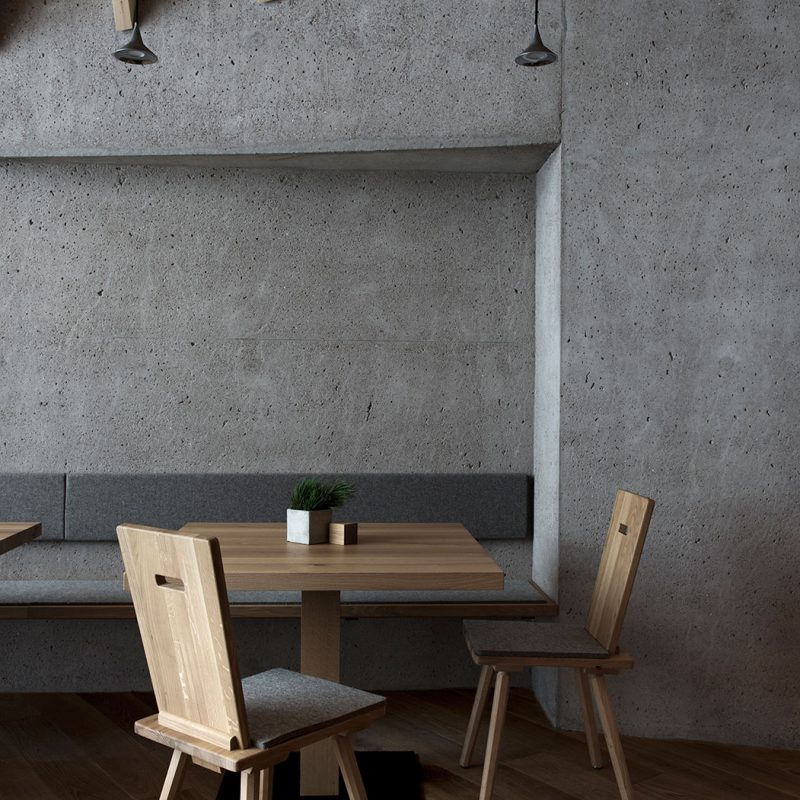 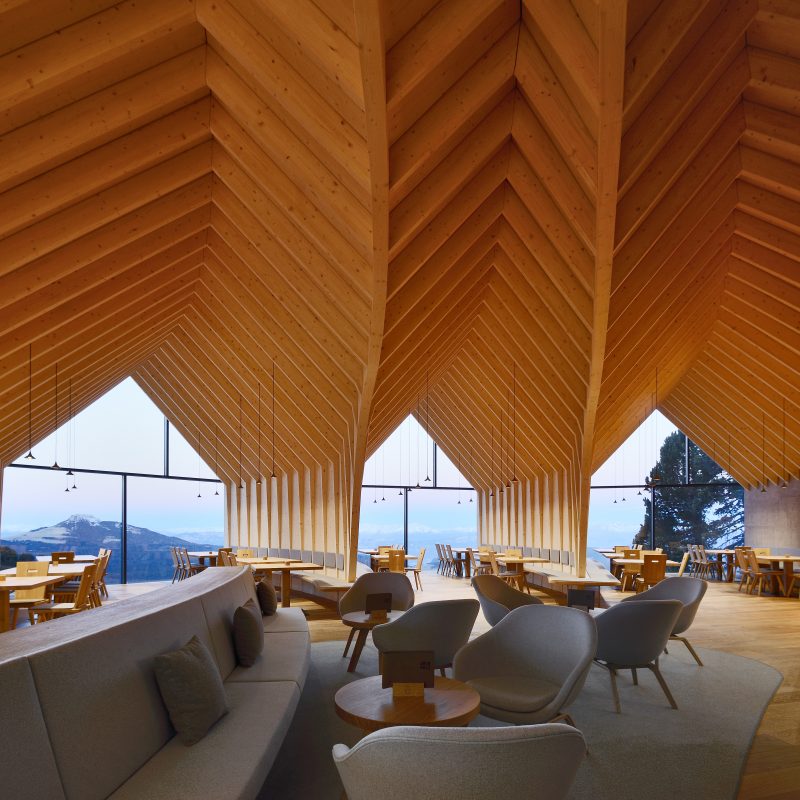 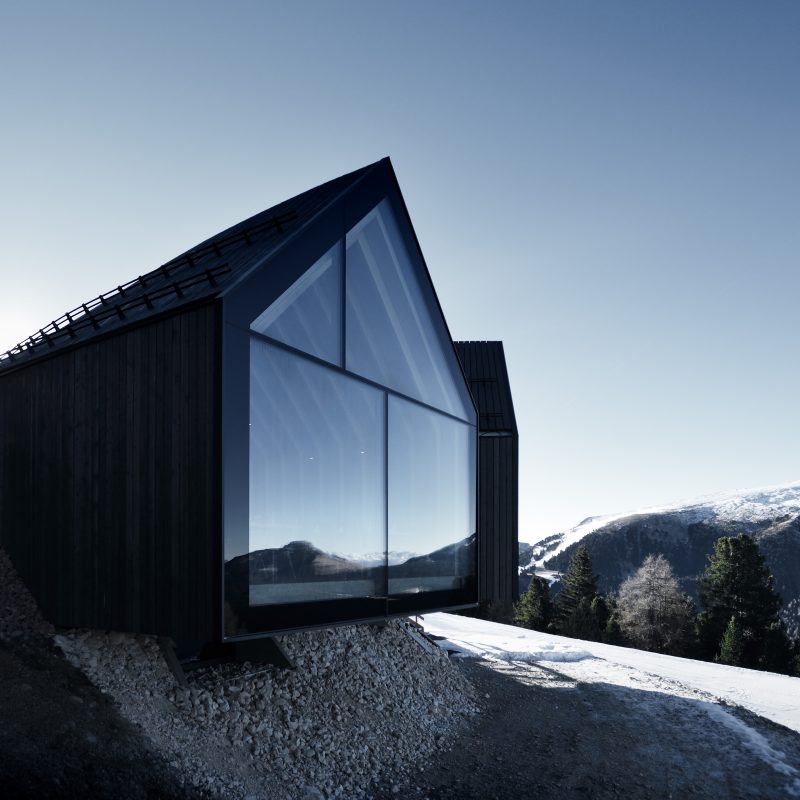 The entire structure consists of wood portals which remain visible in the interior in order to more fully express the complex, curvilinear spatial geometry. The transitional areas vary in size and spacing and are lined with wooden panelling. The entire exterior facade consists of larch wood slates; the supporting structure and interior panelling is of spruce. 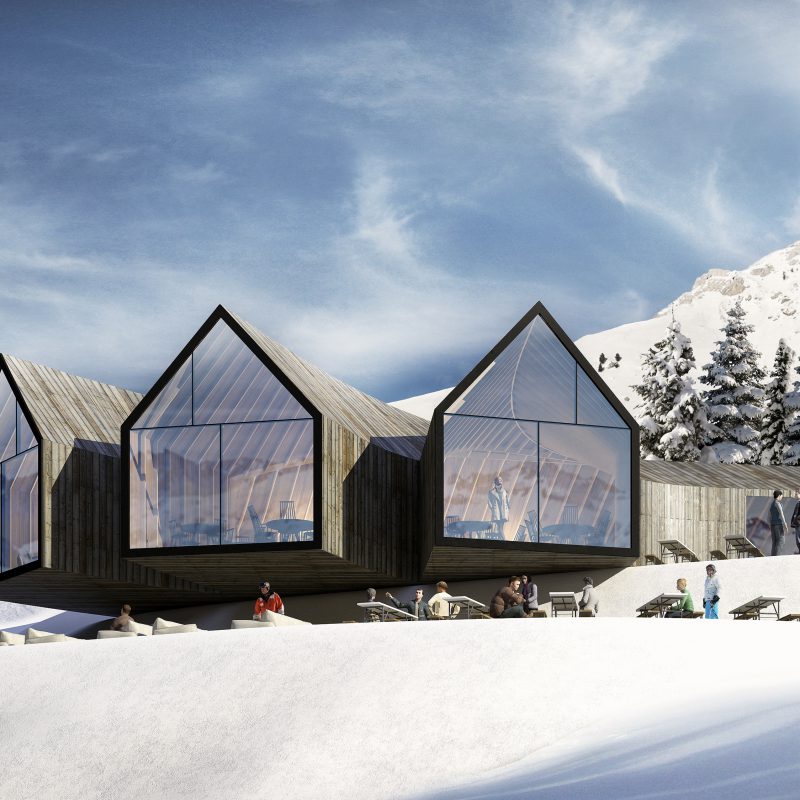 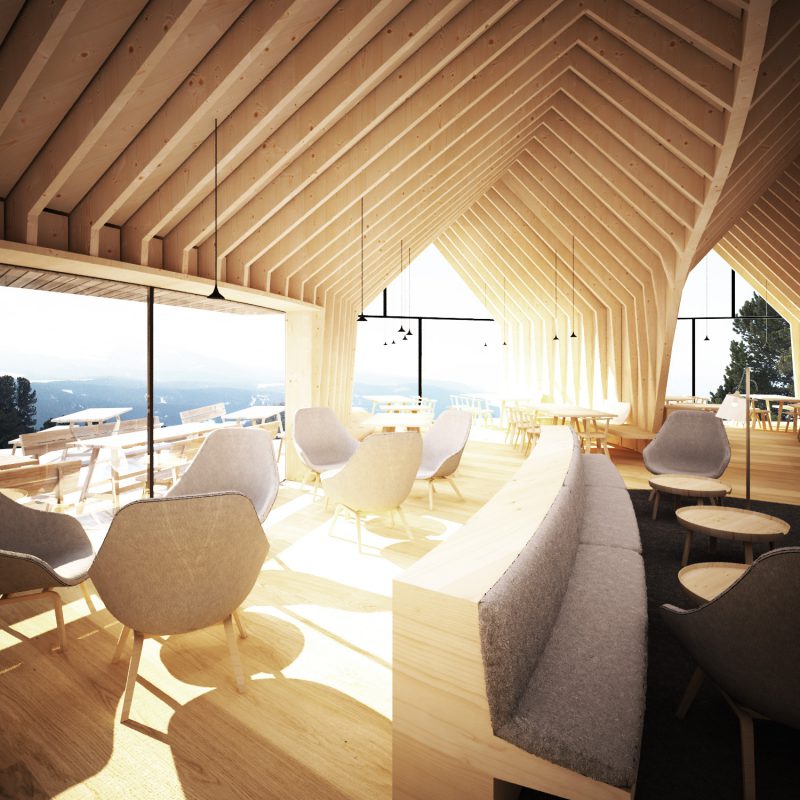 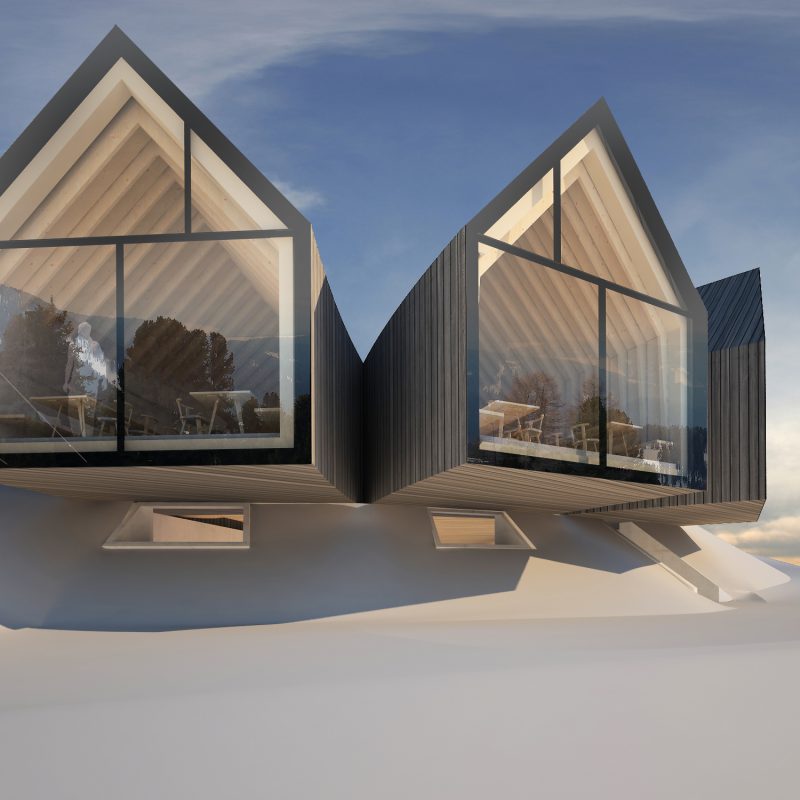 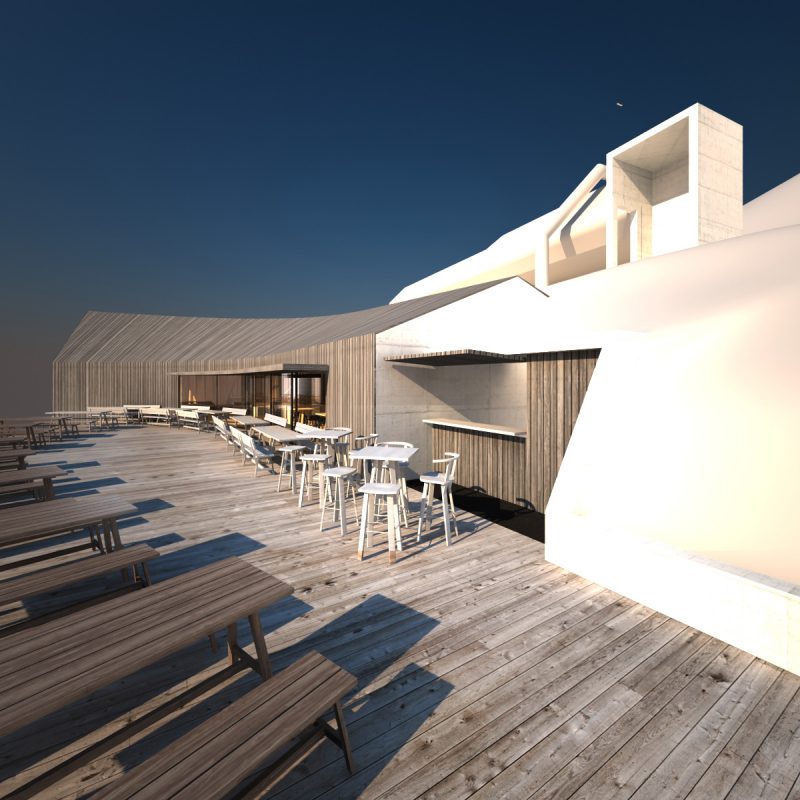 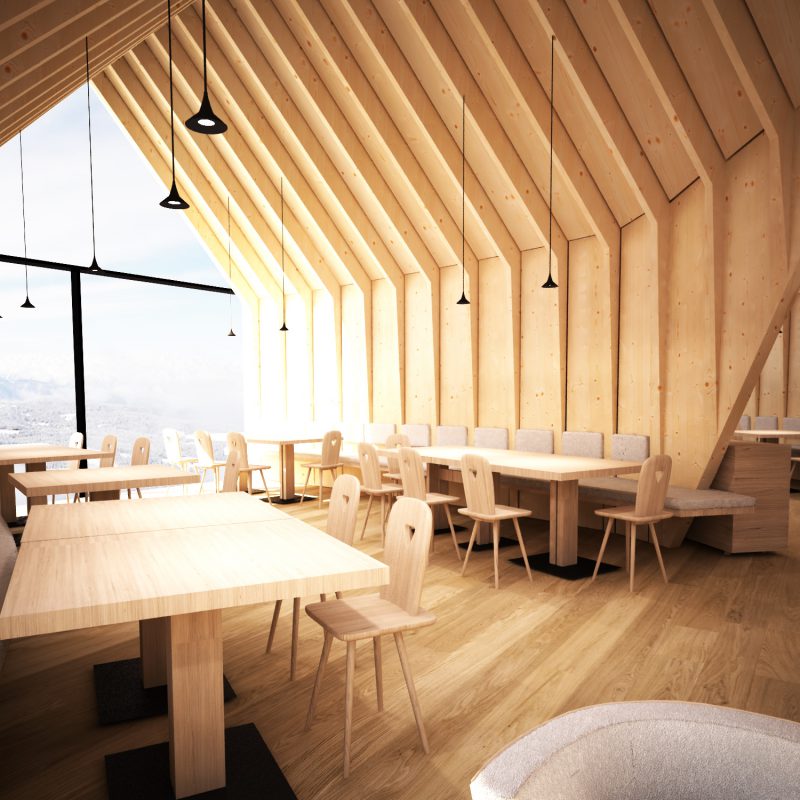 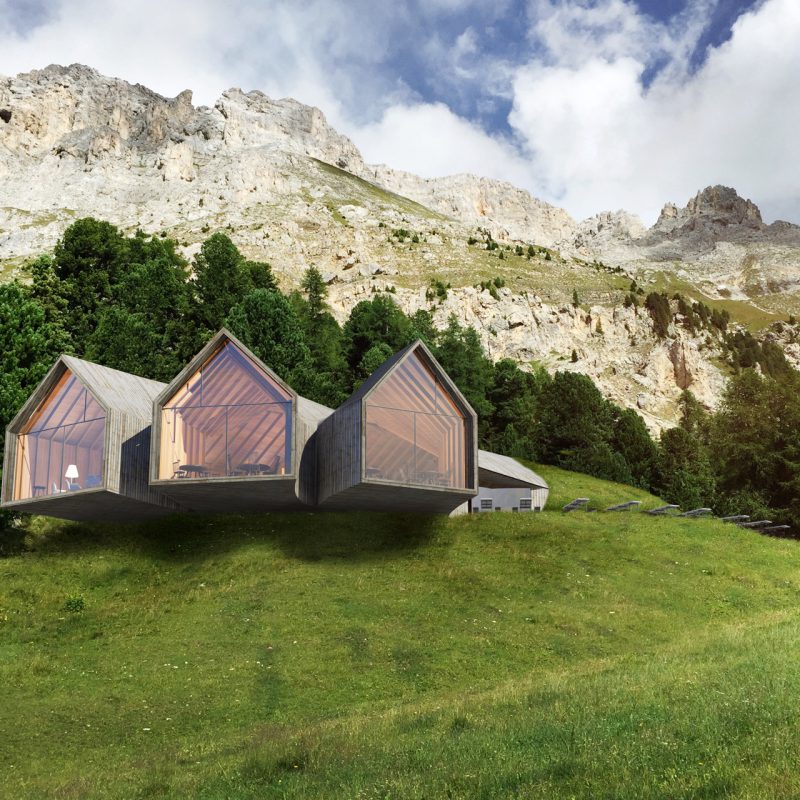 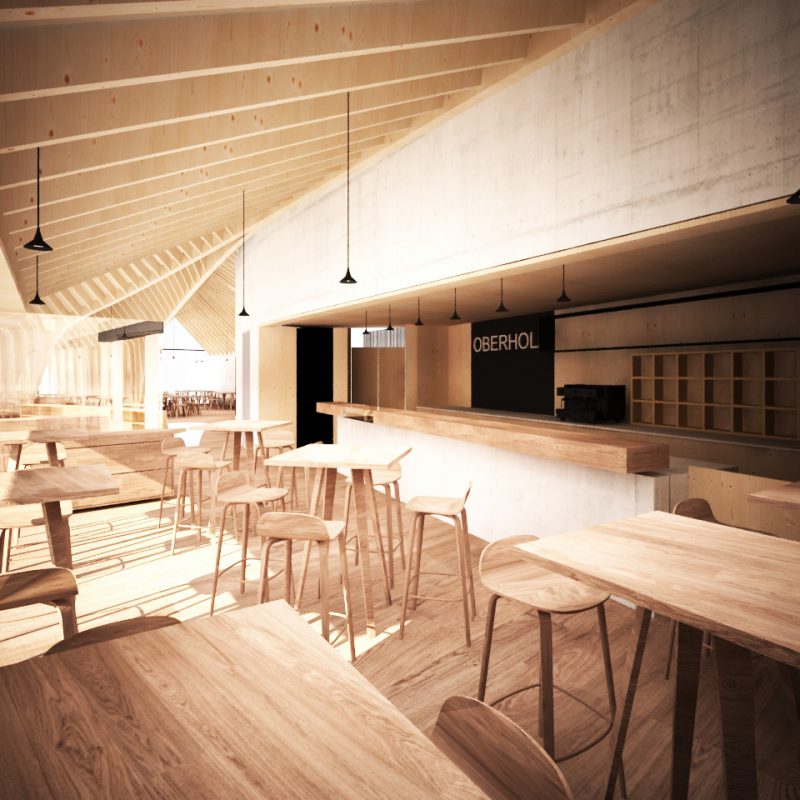 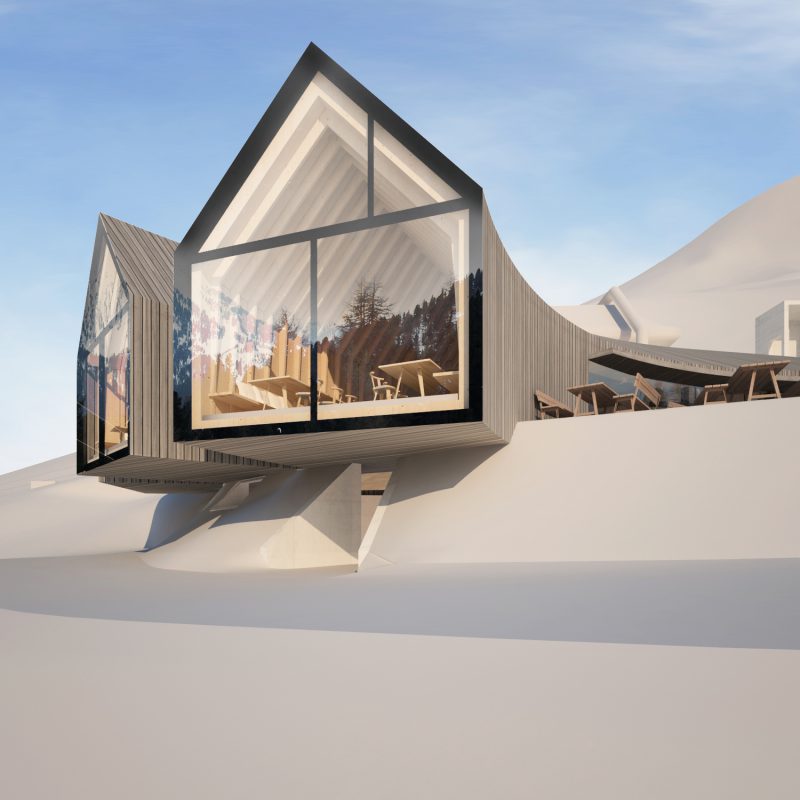